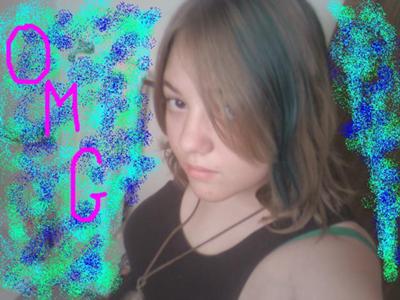 It was in august of 1959, the leaves were turning red and yellow, it was a beautiful day outside, sky was blue, and the air was hot and sticky. Our old house was built in the early 1700s,,made mostly of slats pig plaster,and boards. The house had 6 rooms 4 bedrooms,living room, and kitchen. The back porch was closed in,and a little porch hooked on to it. The house had a large front porch with a swing, and banisters, a set of steps went from the front porch down to a flat, and two set of steps on either side. Outside the house was a old shed that was built like a barn. It was across from the back porch, built onto that was a hog yard and smoke house. I was 9 years old at the time but I remember it well.

There were only three people in the house, my older brother, my cousin, and me. The rest of the family were in town at the time, shoping. We were wathching tv, and all you could get back then were 2 chanels, when we heard a thump from upstairs, then there were footsteps coming down the hallway from one of the back bedrooms, thats when all hell broke loose. We all looked at each other, because we knew there wasn't anyone else in the house. The room where we were watching tv got dark, the smell of sulpher was everywhere. From the one closet, came a sound like I will never forget, a scream that was so loud, that it made me throw up. My cousin and brother started running for the outside of the house but didn't make it past the kitchen. There in the middle of the kitchen was a big black animal, I dont know what it was but you could see through it. As it walked closer to us we backed up as it came toward us till we reached the hallway, where the bedroom stairs were. While trying to keep an eye on the animal we looked up and seen a pair of old hobnail shoes coming down the stairs with no one in them. We ran up the stairs, went into my dads room and locked the door. We hid under the bed but that didnt stop what ever it was, the black animal came right through the door, but then it changed into a huge bird which landed on the post of the old iron railing bed. It then changed into an old man with red hair and beard, he got down from the bed frame and bent over and looked at us for only a few seconds,then it changed back into a bird and flew back through the bedroom door. We heard sounds of movement going down the stairs and out the front door but we knew it was the front door because of the glass breaking, the back door was soild oak,no glass. We crawled out from under the bed,,still scared to death. As we opened the bedroom door we didnt hear or see anything when we looked out, so we ran down the stairs and outside. We kept looking at each other none of us wanted to believe what we seen. We stood there for a couple of minutes wondering what we should do when we seen somthing just inside of the big tractor shed. We thought dad had tied something from the rafter, but it looked a little strange. So we started walking over toward the shed, and the same sulpher smell, was there. We kept stairing at what was hanging in the shed and as we got closer we seen it was someone hanging there with a noose around his neck. It was the same old red haired man we had seen in the bedroom. We stood there frozen like statues,as the old man dissapeared, we ran down the road to the neighbors house to tell them what had just happened. The nearest neighbor was 1 mile away but something still wasn't right as we neared the neighbors house. We seen someone put curtains in his shed window,,which we all knew he used as a chicken coupe. Why would he put curtains in a chicken coupe? We looked in the window there was a old lady playing on an old upright piano. We wondered who she was so we asked him when we reached his house, he looked at us like we were crazy, he said that it was still a chicken coupe. We all walked back to the coupe and all that was there were chickens, no curtains. We went straight to my grandfathers house which was 500 yards further down the road, when we got there my grandmother was sitting at the kitchen table, my grandfather was sitting acroos from her, his back to the window. My grandmother started to scream looking past my grandfather. There looking in the window was the same old man that had just scared the hell out of us. My grandfather almost died of a heart attack when he seen who it was. For he had been dead for 40 years. He was a known murderer back long ago. We all managed to go outside and look, there at the window in the dust were a set of footprints that led nowhere.

To this day I wouldnt tell anyone about this. People think that I was crazy but there were three of us back when all this happened. My cousin died in a car crash, my brother is dieing of heart failure, me I dont know if I am the lucky one or not because I went through hell most of my life, mostly just life in general. The whole experence has left me with a sixth sence that somehow I can read people, look into there eyes and can tell when they lie, or the expression on there faces that I can read.