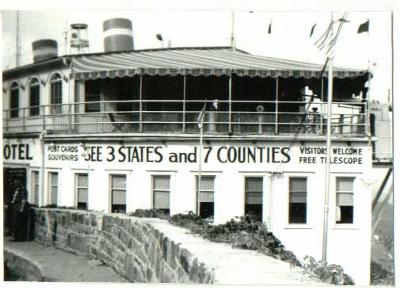 I inherited a box of negatives from my mother, Eva Wickiser Bennett of Kirkersville, Ohio. Upon developing them I found this one of the SS Grand View Point Hotel, believed to have been taken between 1935-1940, but it may have been earlier. I had no idea what it was or where it was located so it went unidentifed for at least a decade. I emailed it to quite a few people trying to identify it when a cousin found it on the Internet.